The art pumpkins are very large, weighing between 80 to more than 100 pounds. The drawings were made with alcohol ink markers and with paint brushes and liquid ink. Once the drawing was complete, the pumpkin's surface was lightly carved to create highlights. When ready to display, the pumpkin was cut open through the back and the seeds removed. The pumpkin was then placed on the trail and a light placed inside to create a luminous, glowing image.

Working alongside a team of talented artists was an extremely rewarding experience. 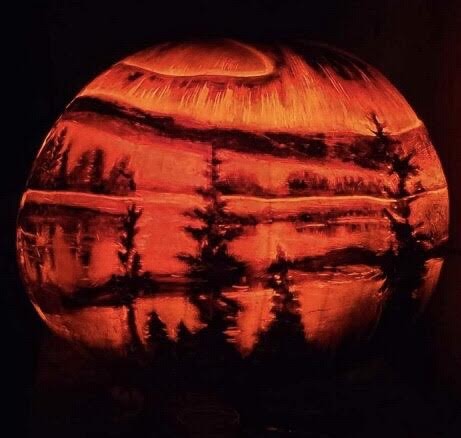 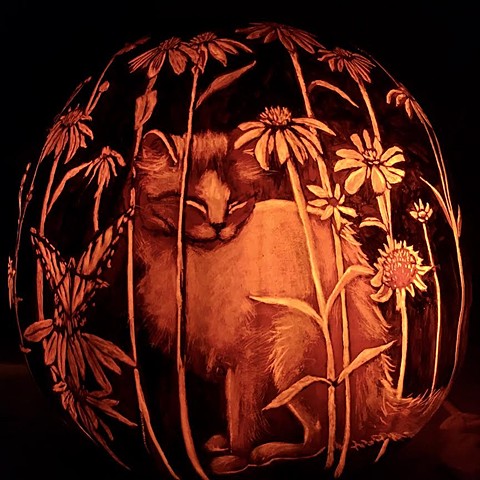 Cat in the Garden
ink on live pumpkin 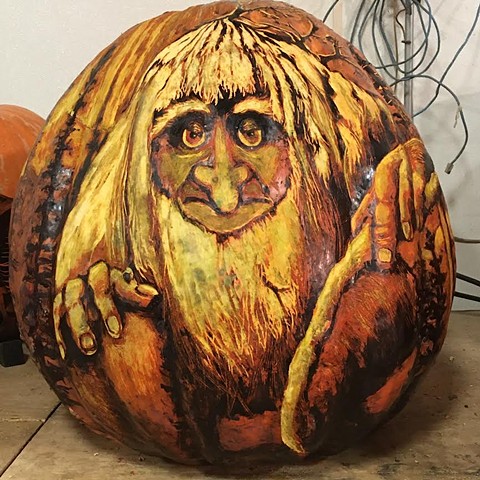 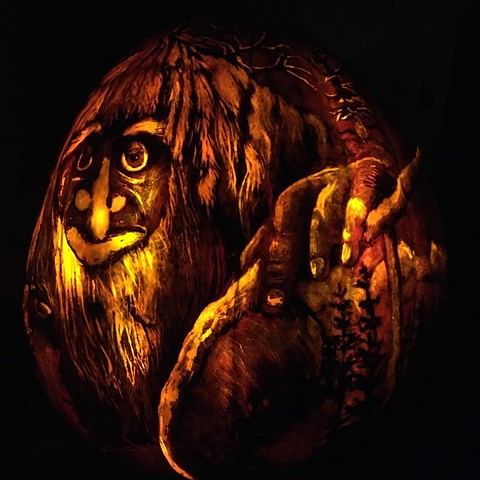 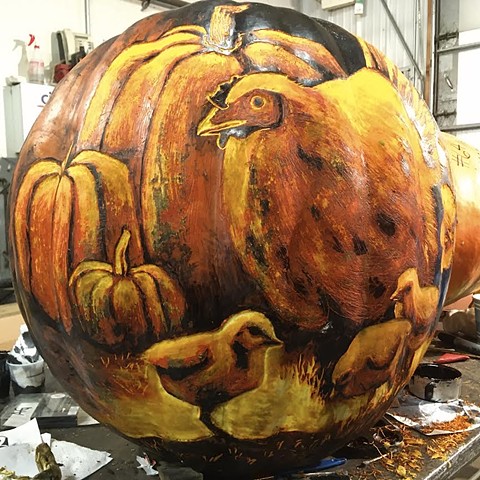 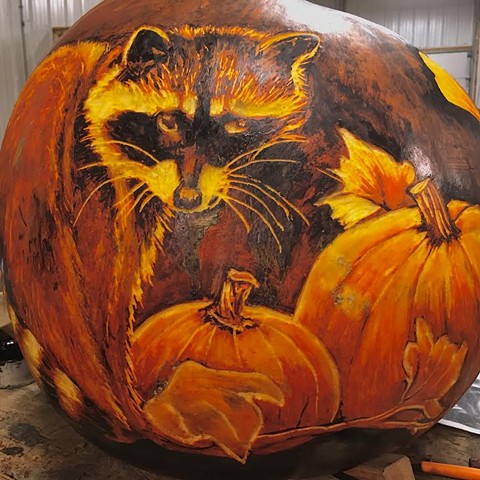 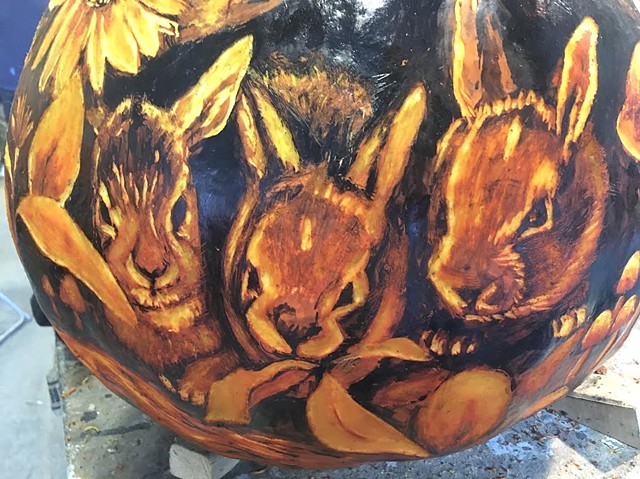 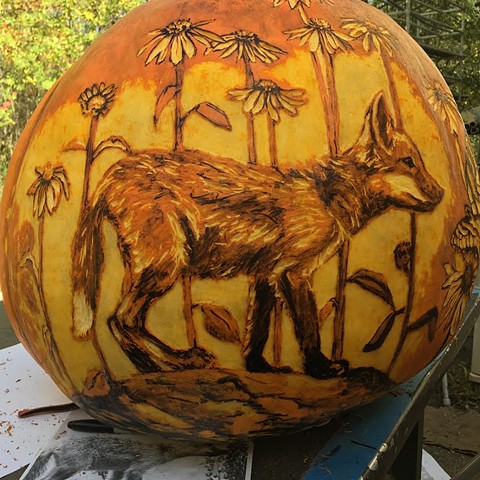 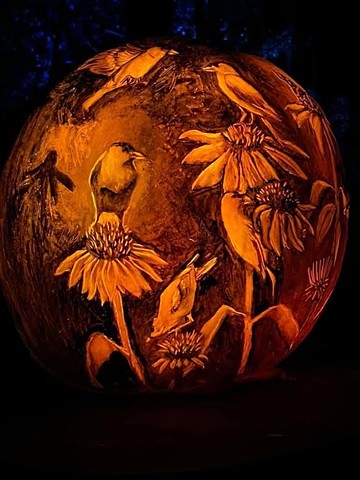 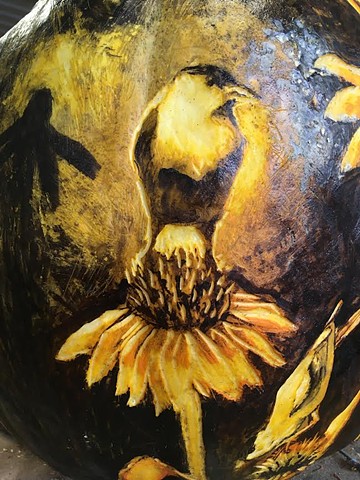 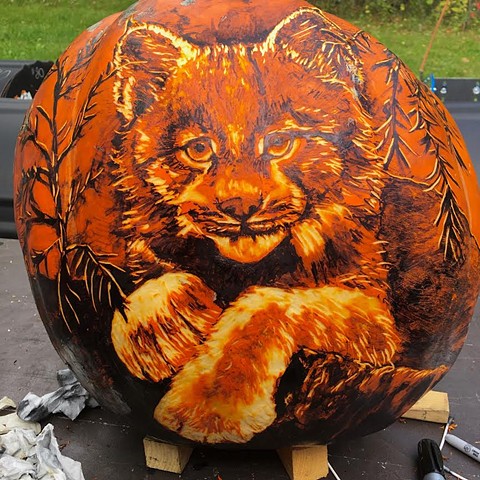 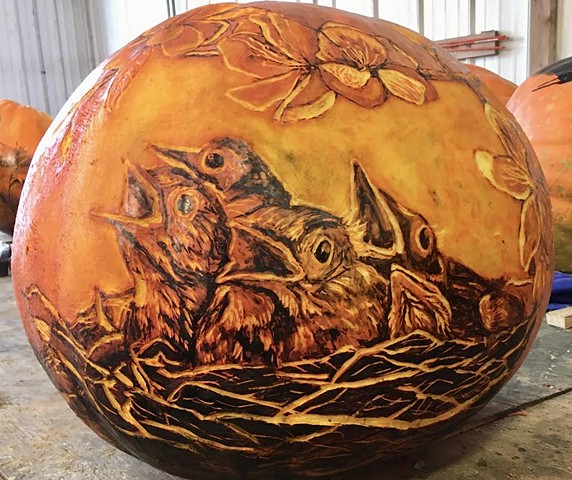 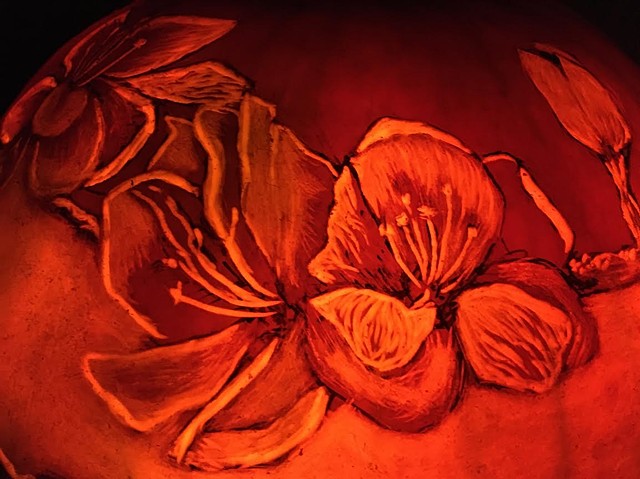 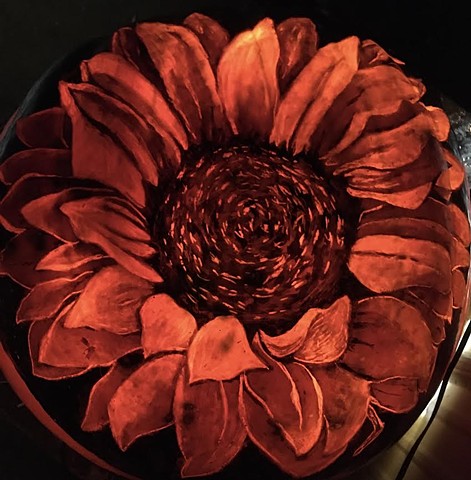 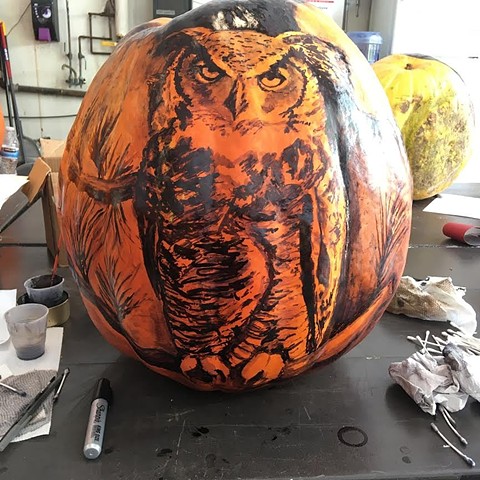 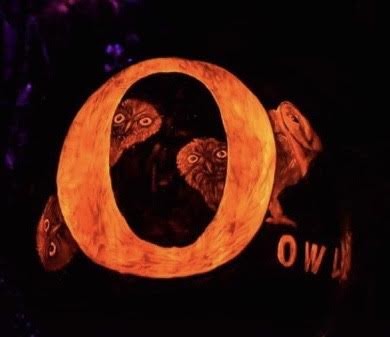 "O" is for Owls
ink on live pumpkin